Stop The Bail In 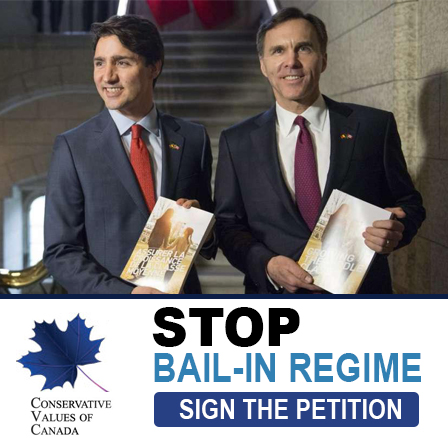 On June 22, 2016 Bill C15 became law along with its controversial “Bail-In Regime”. In the crash of 2008 governments “bailed out” banks with billions of dollars. The next time around banks will be permitted to seize your deposits and exchange them for shares, shares in a failed bank.

*If you are having trouble viewing this petition, please ensure your browser is up to date*